skip to main | skip to sidebar

Spiderman Musical - Into the Night 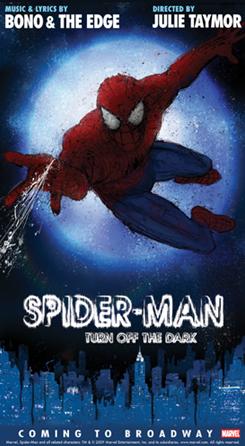 So the new Spider man musical had it's share of hardships on preview night.

A lot of technical difficulties due to all the webslinging. Well I warned them this would happen when I was pitching MY MUSICAL - THE GREEN REEFER - THE MUSICAL. Similar story lines, the Green Reefer The Musical - "High in the Night"- focuses around a teenage nerd who gets bitten by a radioactive spider and gains a love for blazing marijuana, and having sex with women. I don't want to give anything away, but there is a lot of singing by top singers like Lady Gaga, The Jonas Brothers, and Boulet actually sings a song (to terrible reviews). So lets rally together and get The Green Reefer - The Musical- 'Whose got the light? part 4'. Blaze on.

From what I heard, Bono signed onto the project when he thought he was going to score The Green Reefer- The Musical, but once that was cancelled (by the corporate fat cats) due to contact obligations he stayed on to write for SpiderMan, but his heart did not. We feel ya Bono.
Posted by The Green Reefer at 10:35 PM No comments: 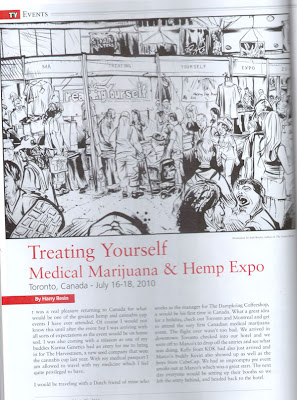 Er, no I mean Happy Easter! Wait, I don't think thats right either. Let me check. Oh yes, of course. HAPPY EARTH DAY!!!!! Remember no pollution today! Also more GREAT NEWS, other than today being Earth Day! Check out Treating Yourself issue #25. The issue covers the 2010 Treating Yourself Expo--

And what do you know, Boulet's drawing of the Expo made the issue! WOW. He has been jumping off the walls since he saw all the cool credits TY hooked him up with, some he didn't even know he could qualify for! Pick up your copy at your local headshop and see for yourself! 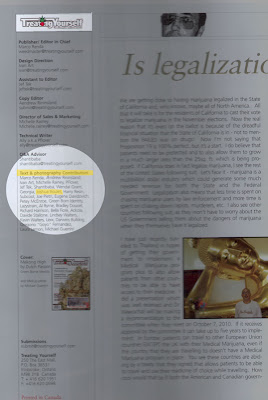 ...and Illustrator credit! Careful TY your gonna give him a big head. 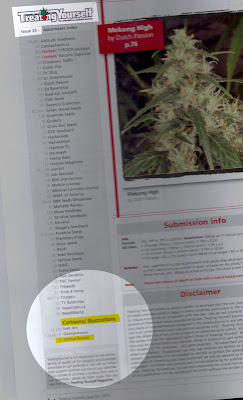 To see the actual drawing you gotta buy the magazine, but here is what Boulet saw.... 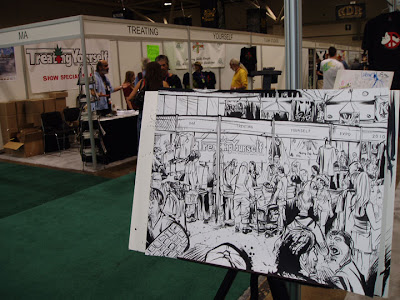 Enjoy your Turkey or Tofurkey!
Posted by The Green Reefer at 1:23 AM No comments: 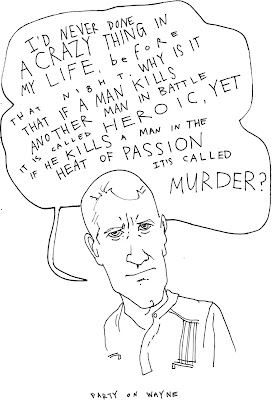 While watching Wayne's World.
Posted by The Green Reefer at 8:21 PM No comments:

The Green Reefer
I protect the DF DUB area from bad guys and smoke as much weed as possible.