skip to main | skip to sidebar

Japan and Marijuana VS Wakakirin

Japan Sumo Association said Friday that Sumo wrestler Wakakirin, who has been arrested for allegedly possessing marijuana, will be dealt with "harshly" .

‘‘This is a crime. He will have to face the punishment he deserves. We will deal with him harshly,’’ said Musashigawa, hinting that Wakakirin will face expulsion from sumo as did three Russian wrestlers who were also the subject of marijuana charges.

Wakakirin, whose real name is Shinichi Suzukawa, is the first Japanese wrestler to be arrested in a marijuana case.

All right. no pot. fine. But explain this to me:

Puff puff pass or how they say in Japan. Careful it's the cops!

Posted by The Green Reefer at 2:41 AM No comments:

The Mayans predicted it! Today is 1-1-11, the end of the world! Smoke all the weed you got cause you can't take it with you! End of the world party at my house- Huh?

2012? Like that movie? Oh... False alarm everyone. Looks like we got another year to chill. Still smoke all the weed you got!

Green Reefer Vs the Starship Enterprise 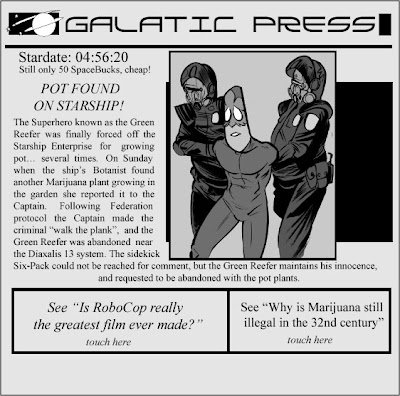 Posted by The Green Reefer at 1:47 PM No comments:

I've been doing research for a new comic, which involves breakdancing. So I came across this vid. A random guy challenges someone in a dog costume to a B-Battle. Fun to watch. Dope skillz. Posted by The Green Reefer at 12:18 AM No comments:

Okay, instead of working, I'm jumping back and forth between watching Demolition Man and the Suger Bowl. Ohio State VS Arkansas Razorbacks. Is it just me, and the Grandaddy SkunkBud I just smoked or does the Ohio State leaf logo look like a pot leaf? 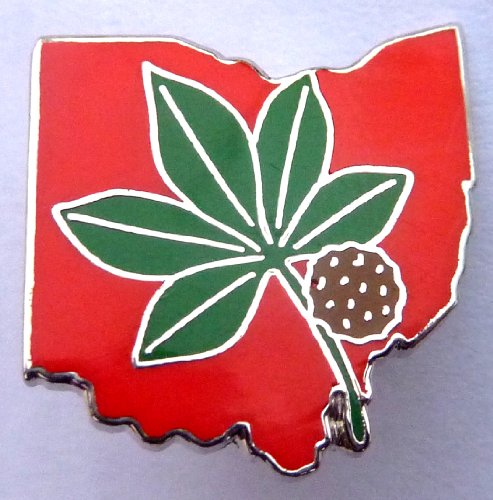 Posted by The Green Reefer at 8:53 PM No comments: 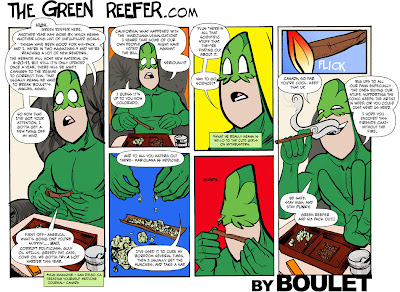 Happy New Year Reefer Headz. We got the Misery thing going on Boulet, and he finally put up a new strip on the main website.
http://www.thegreenreefer.com/

Now that we're getting work out of Boulet, be sure to check out Nug magazine and Treating Yourself medicine journal for new strips.

Posted by The Green Reefer at 7:50 AM No comments:

The Green Reefer
I protect the DF DUB area from bad guys and smoke as much weed as possible.